Everything is Coming up Roses

What gorgeous  weather we have had in the hills for our first spring here,  and full of surprises as roses and trees open that are new to us.
I have had a mission for the coming weeks to find vintage glass Christmas baubles and my first find is some mid century mercury glass which were made in Russia 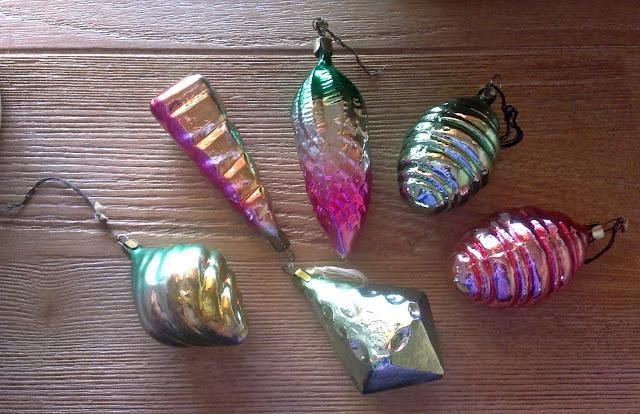 Remember the mirror that was a present from my Mum . It was hard to see in the pic I took in the shop, but it was a very pale French gray. I love the colour but after living with it for a few weeks I decided to repaint it white
Before in pale gray

After~ up on the wall in white 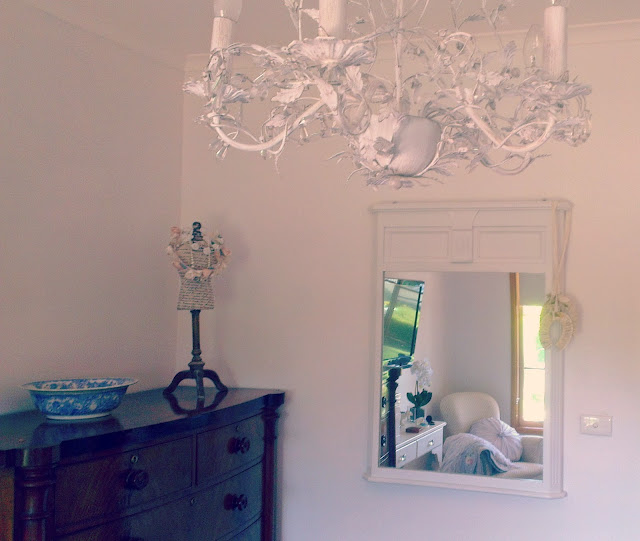 ( Yes I'm embarrassed to say that is a big screen TV on the wall )
All our roses have opened included masses of white bush roses,  tiny pink roses on the fences and the golden elm in it's full glory

(the new chicken run in the left corner, and veg garden with bird netting 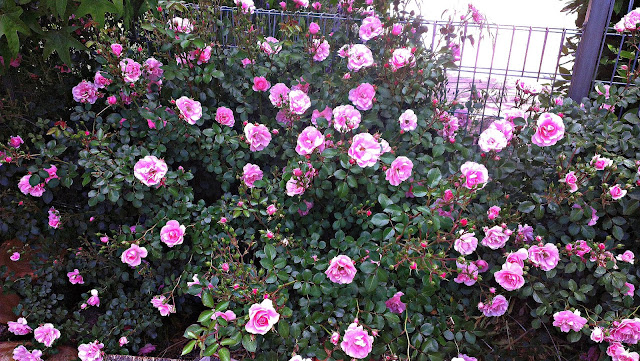 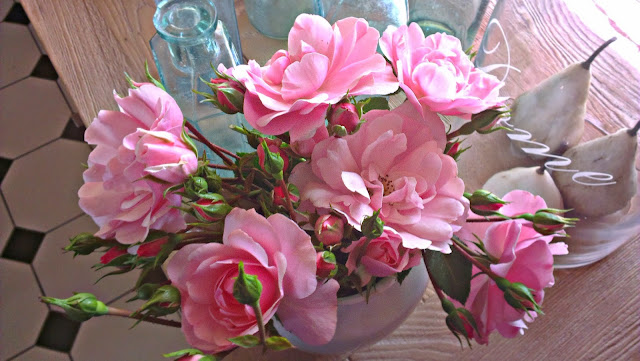 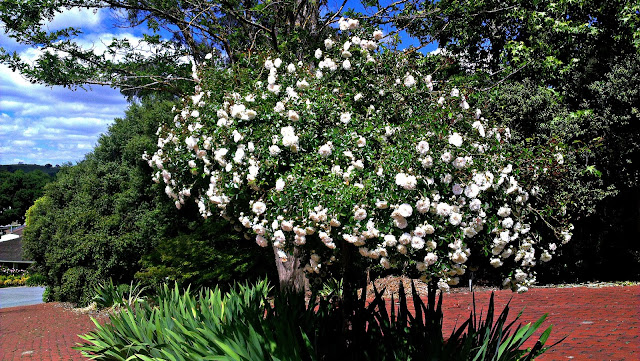 A standard "Seafoam" in the driveway 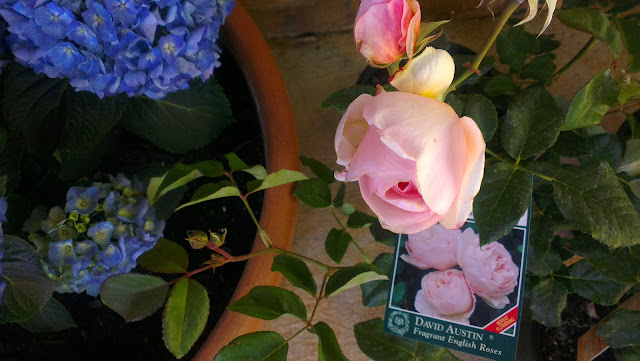 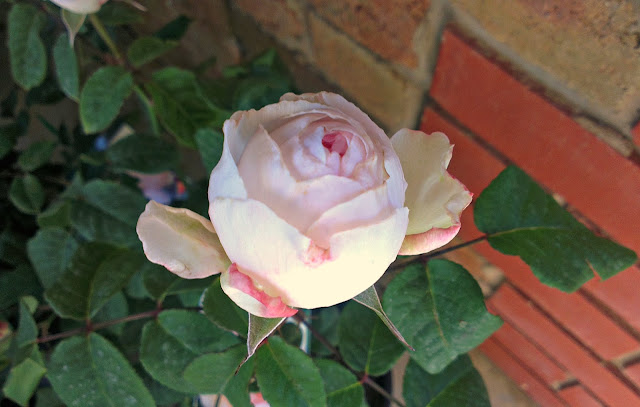 We bought home lots of David Austin roes to plant including my favourites "Sharifa Asma" and "Heritage" ...the fragrance is out of this world. Also some huge heavy enormous pots to withstand the winds we got in September 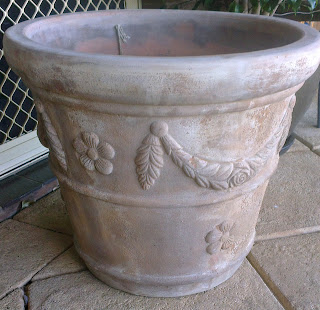 Love this 2013 book I found at the library 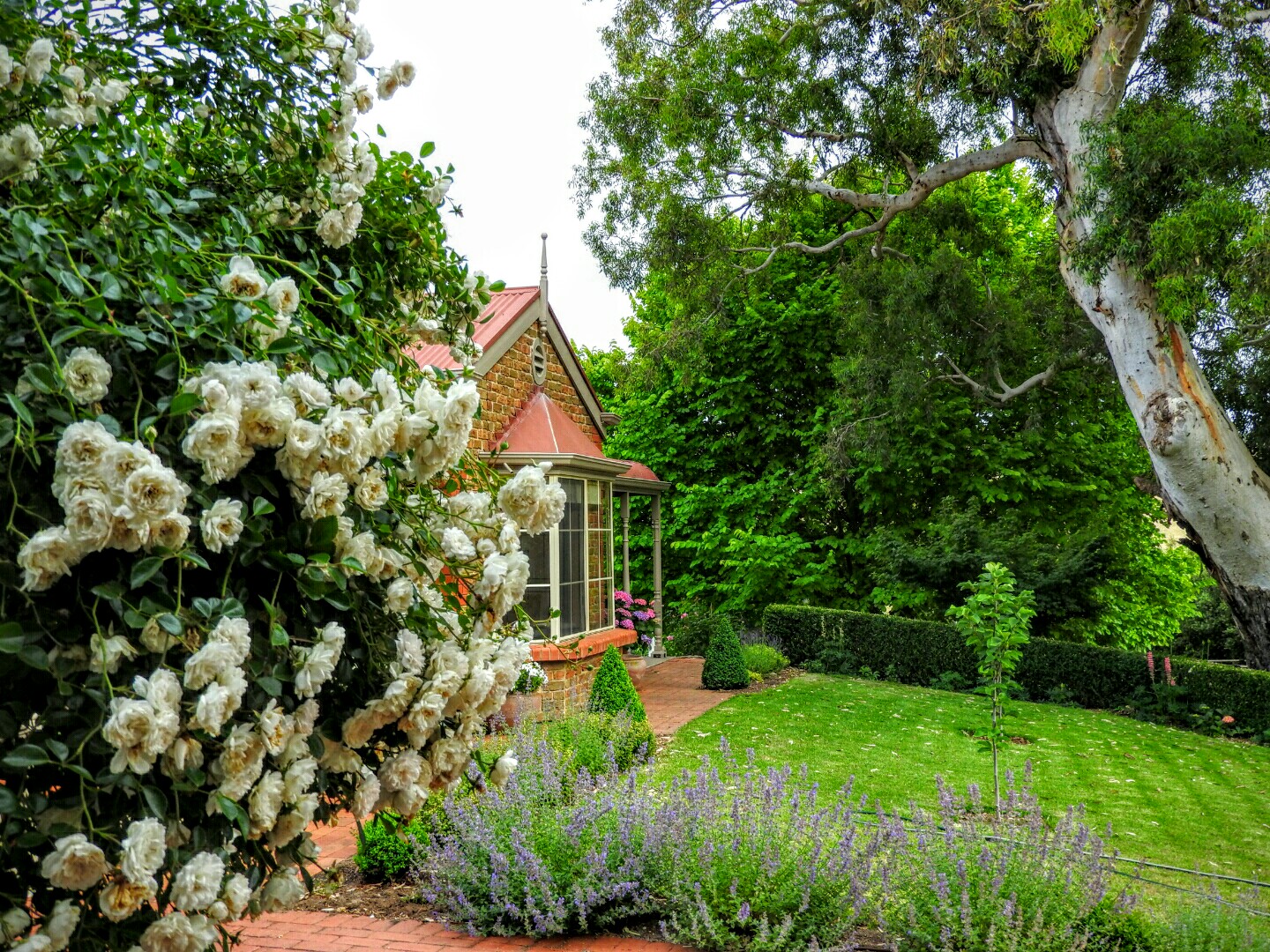 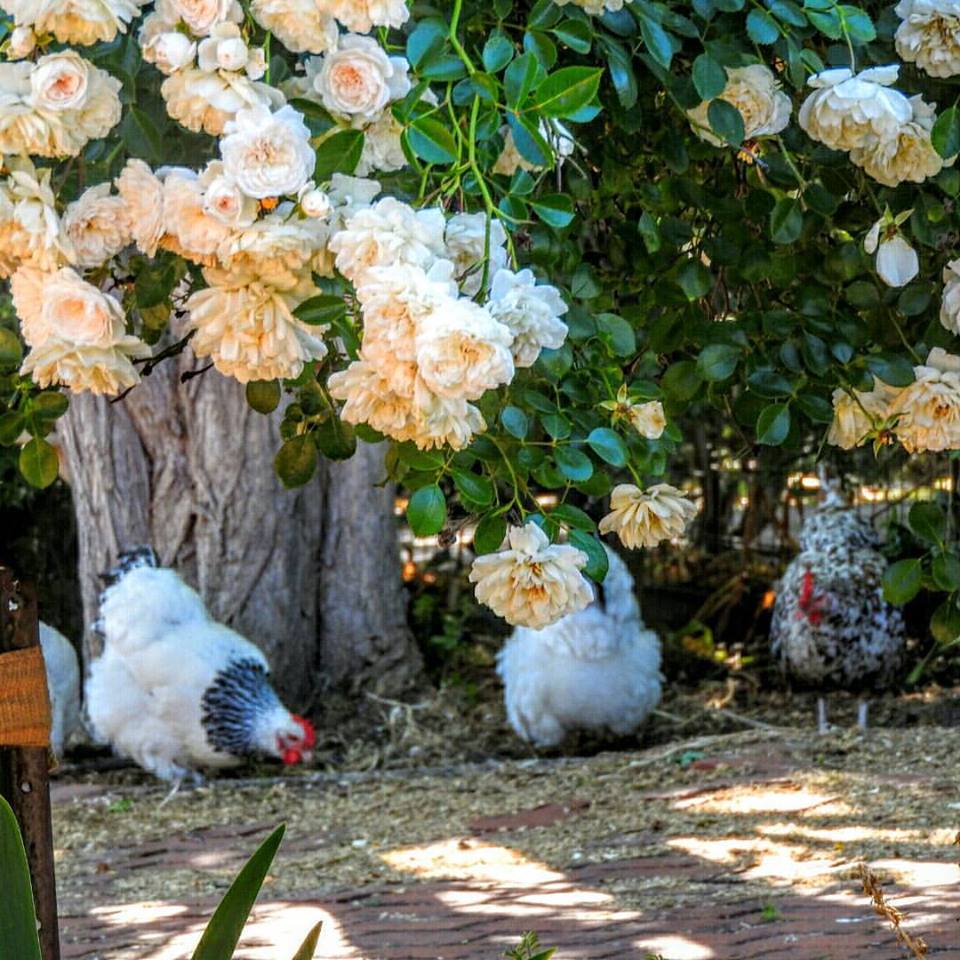 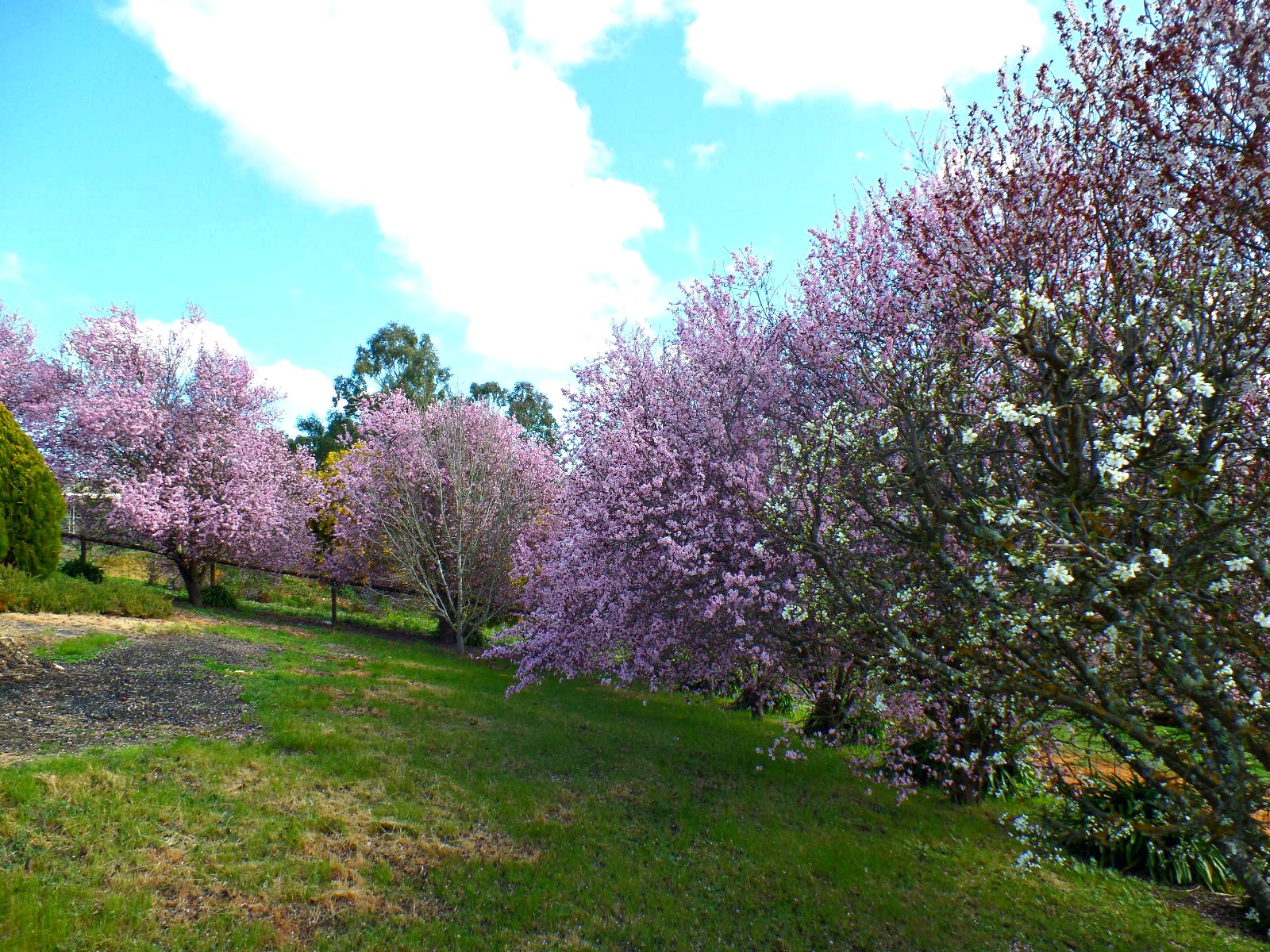 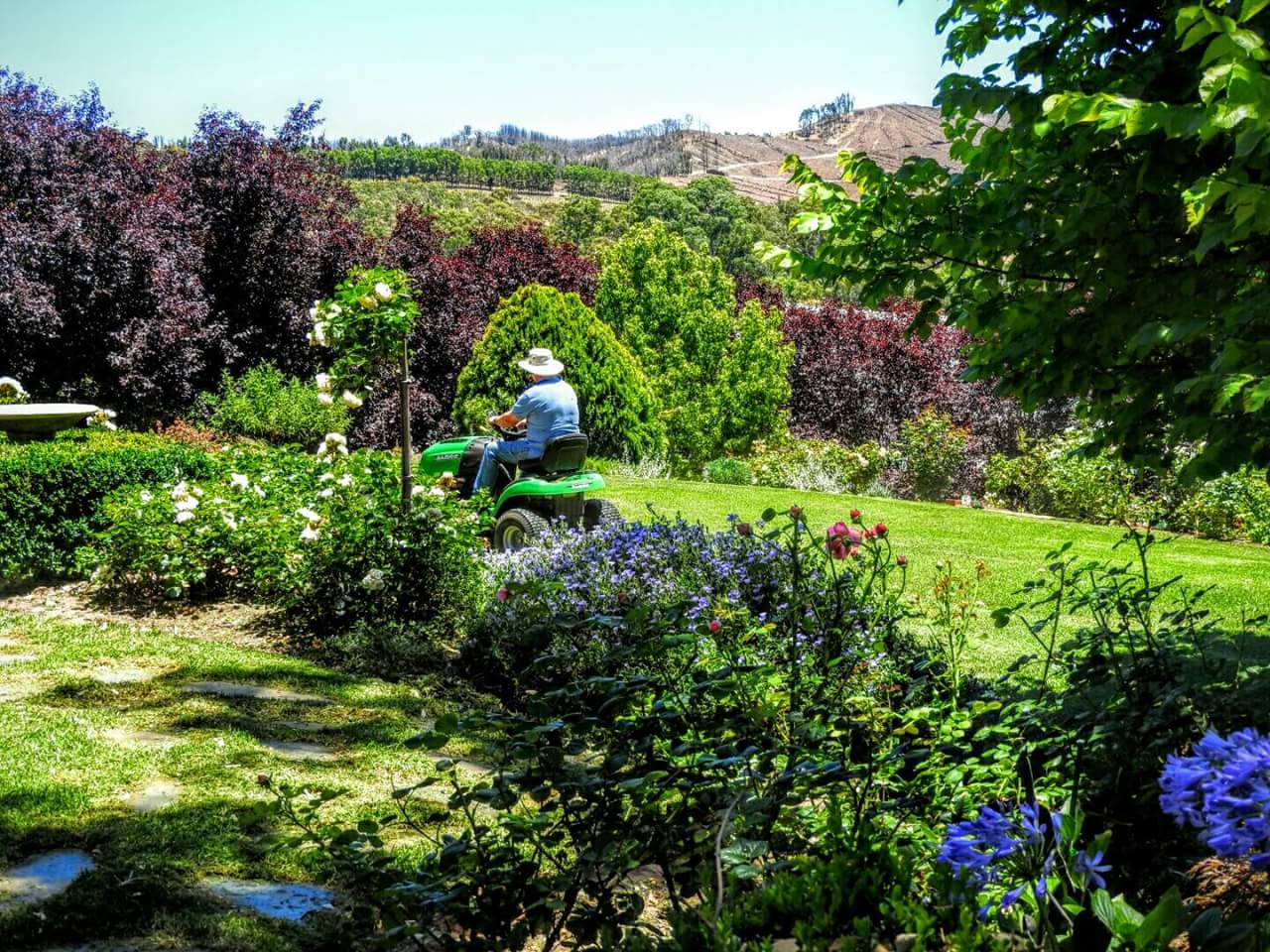 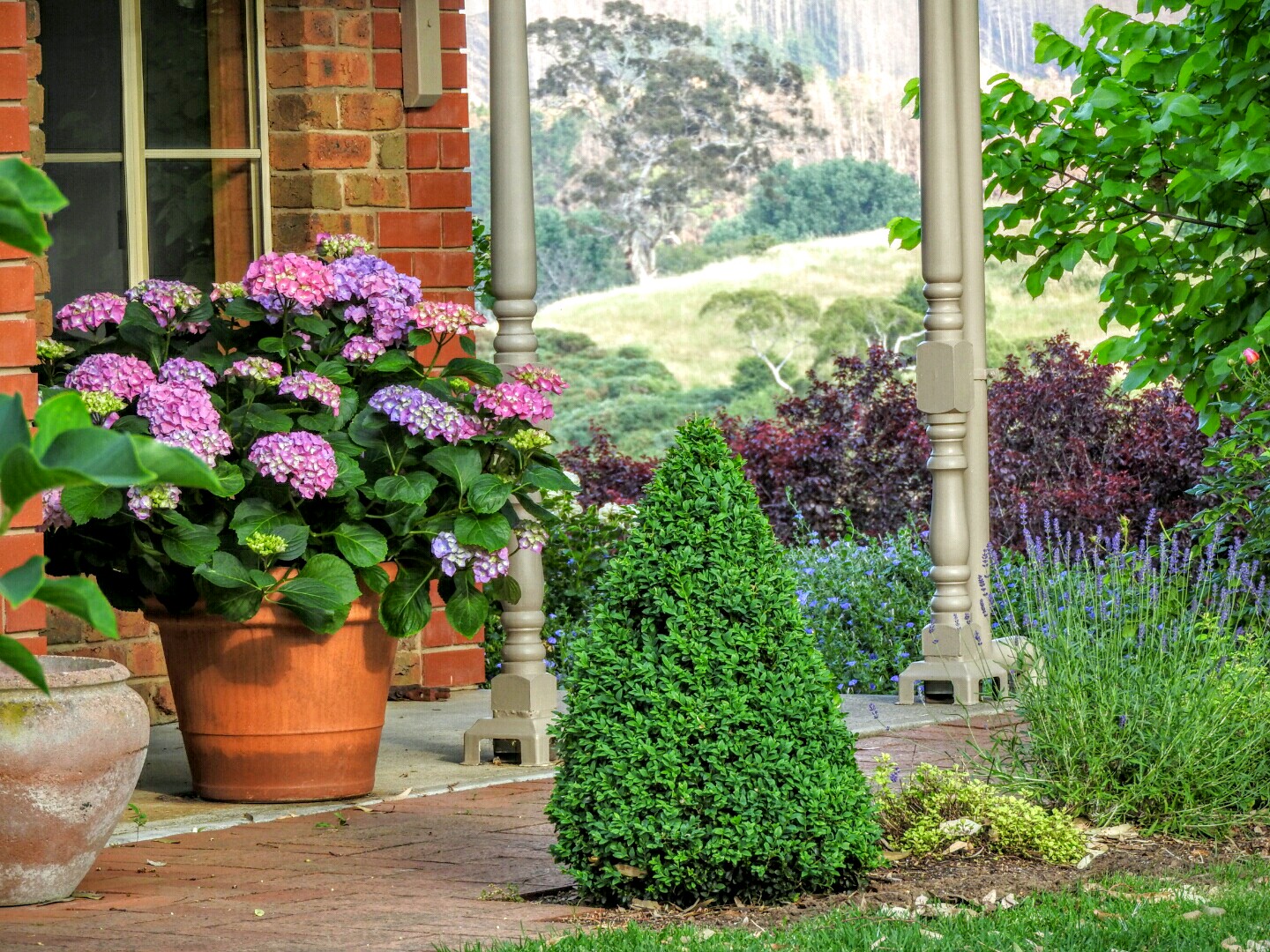 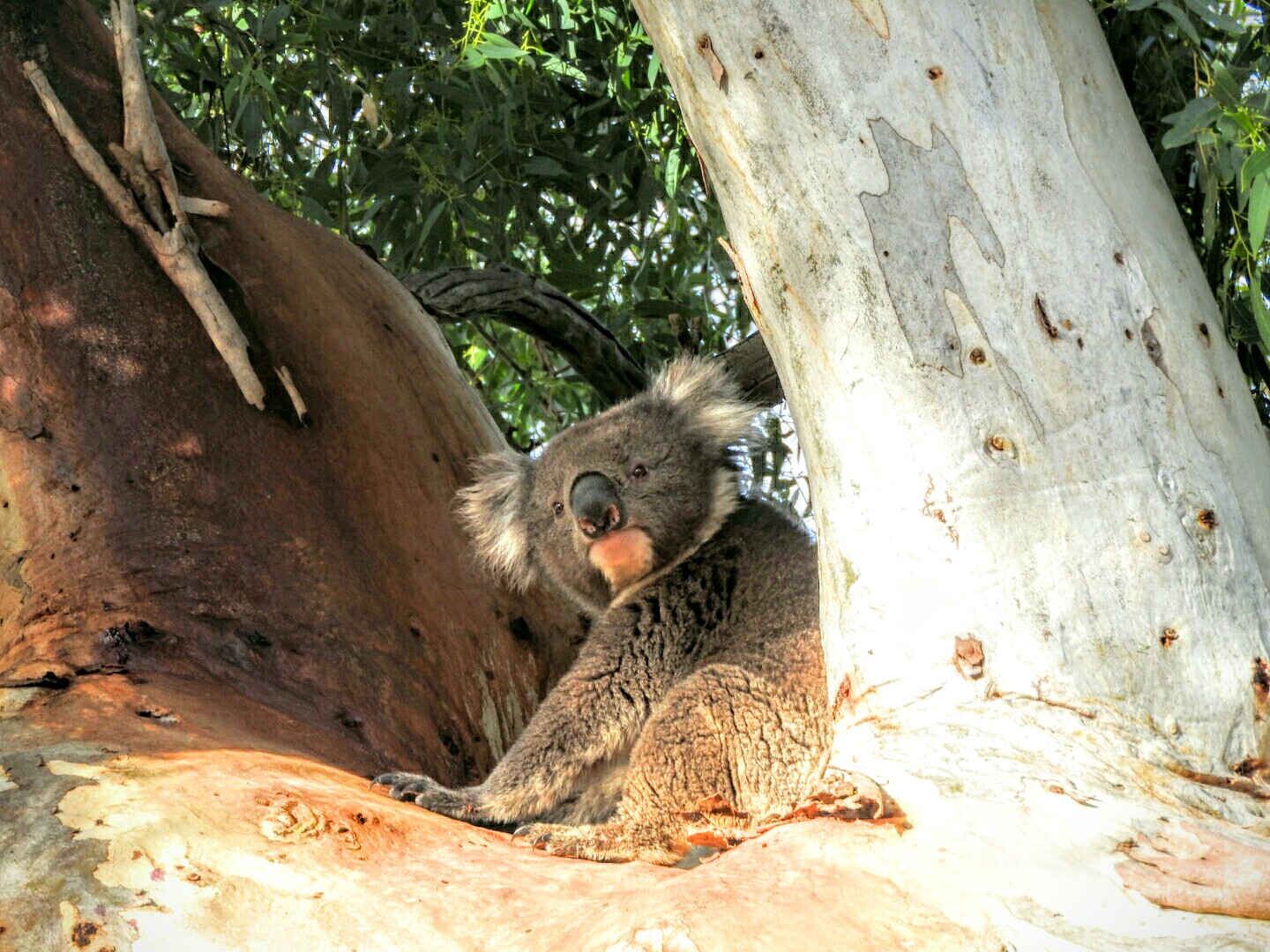 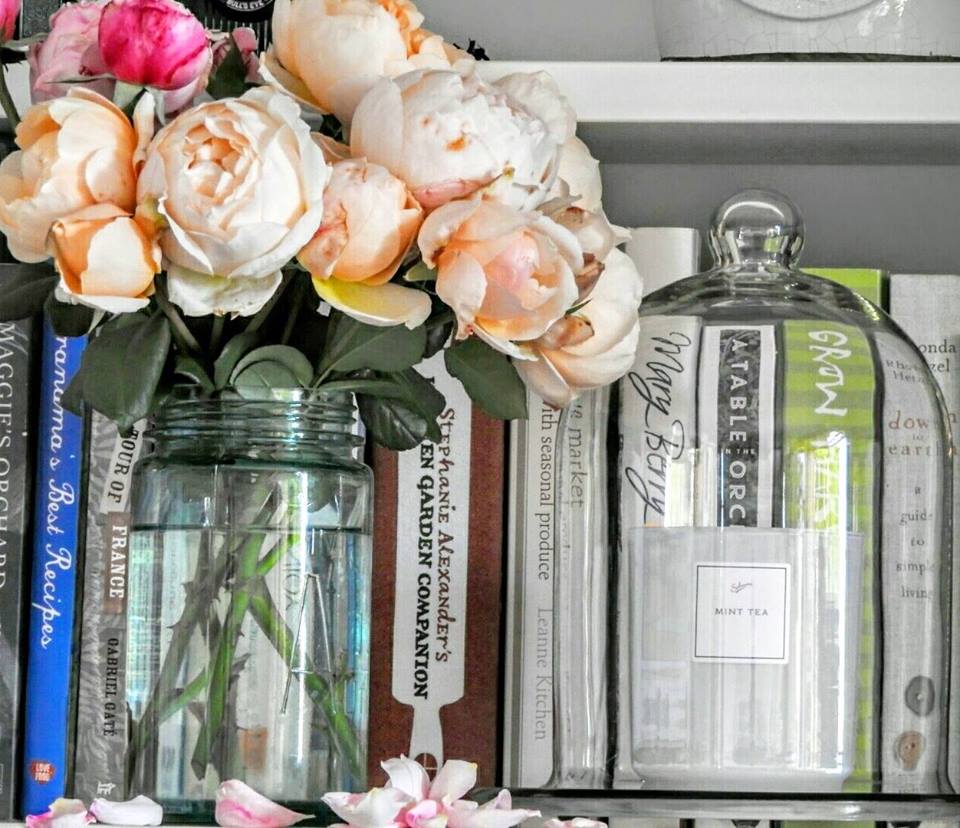 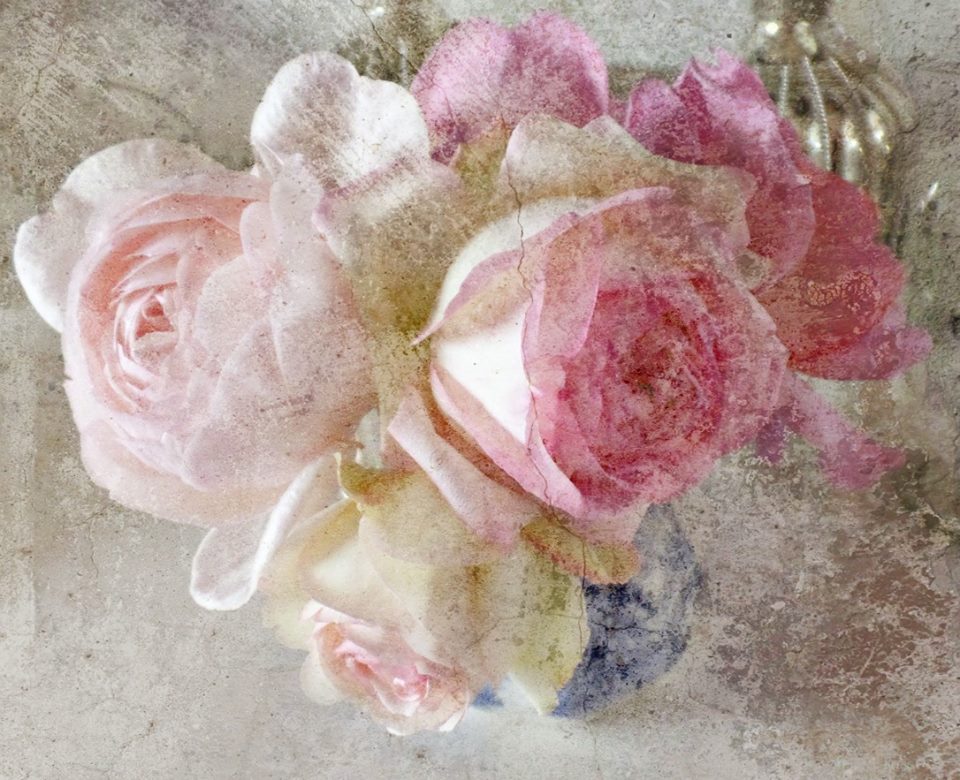 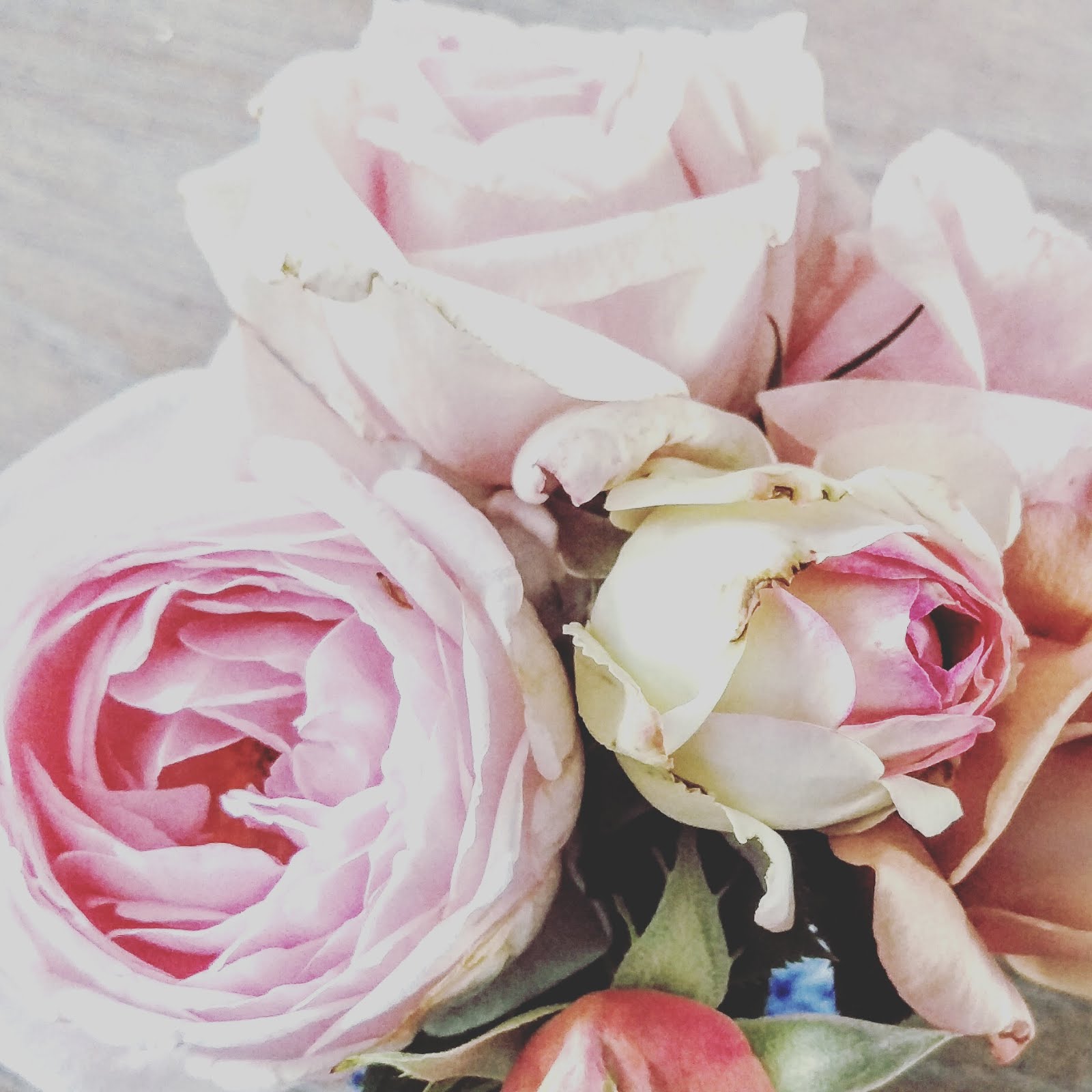 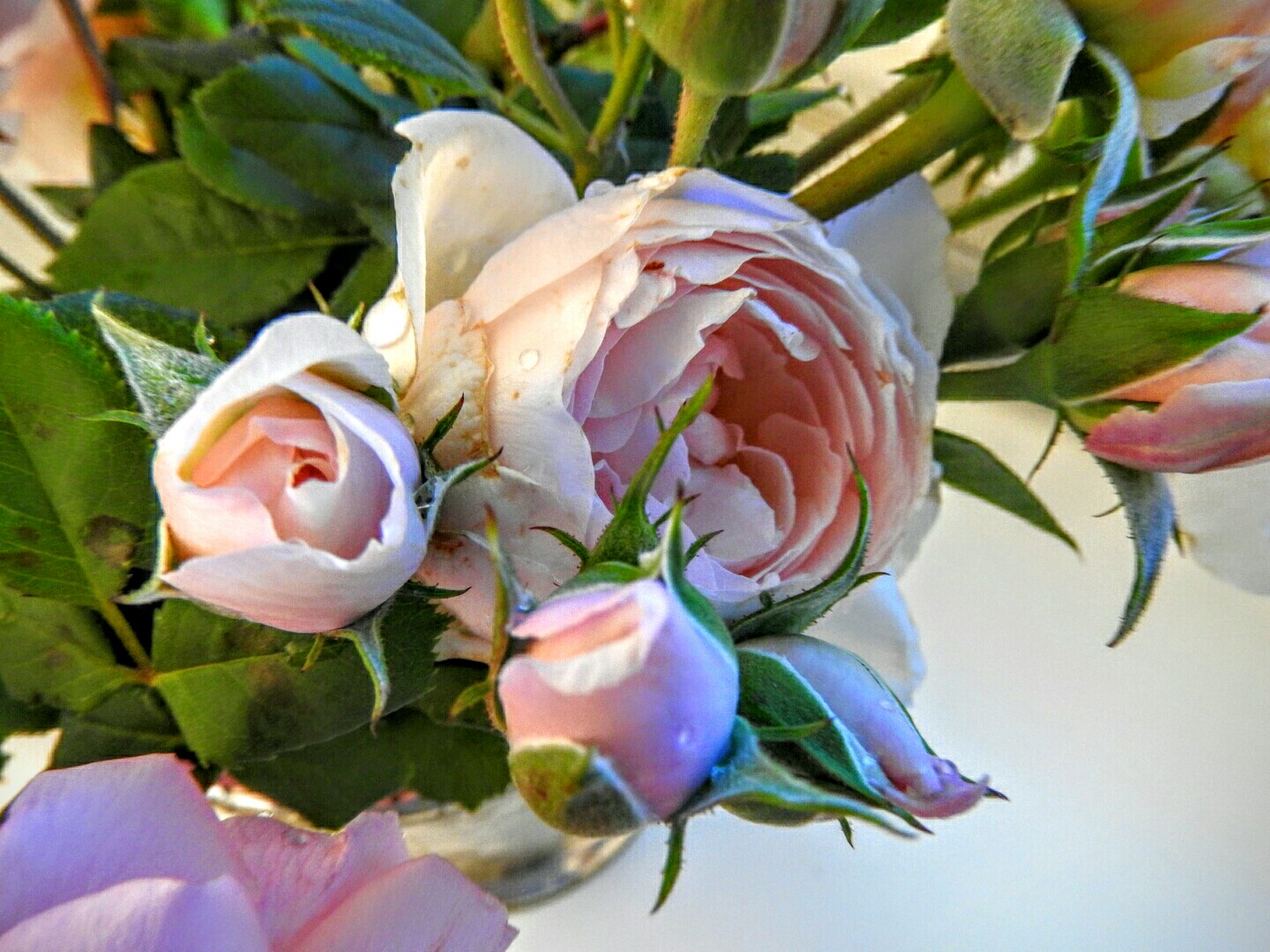 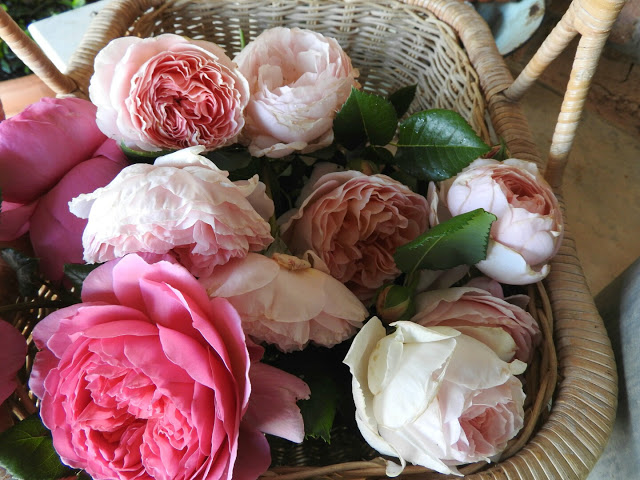 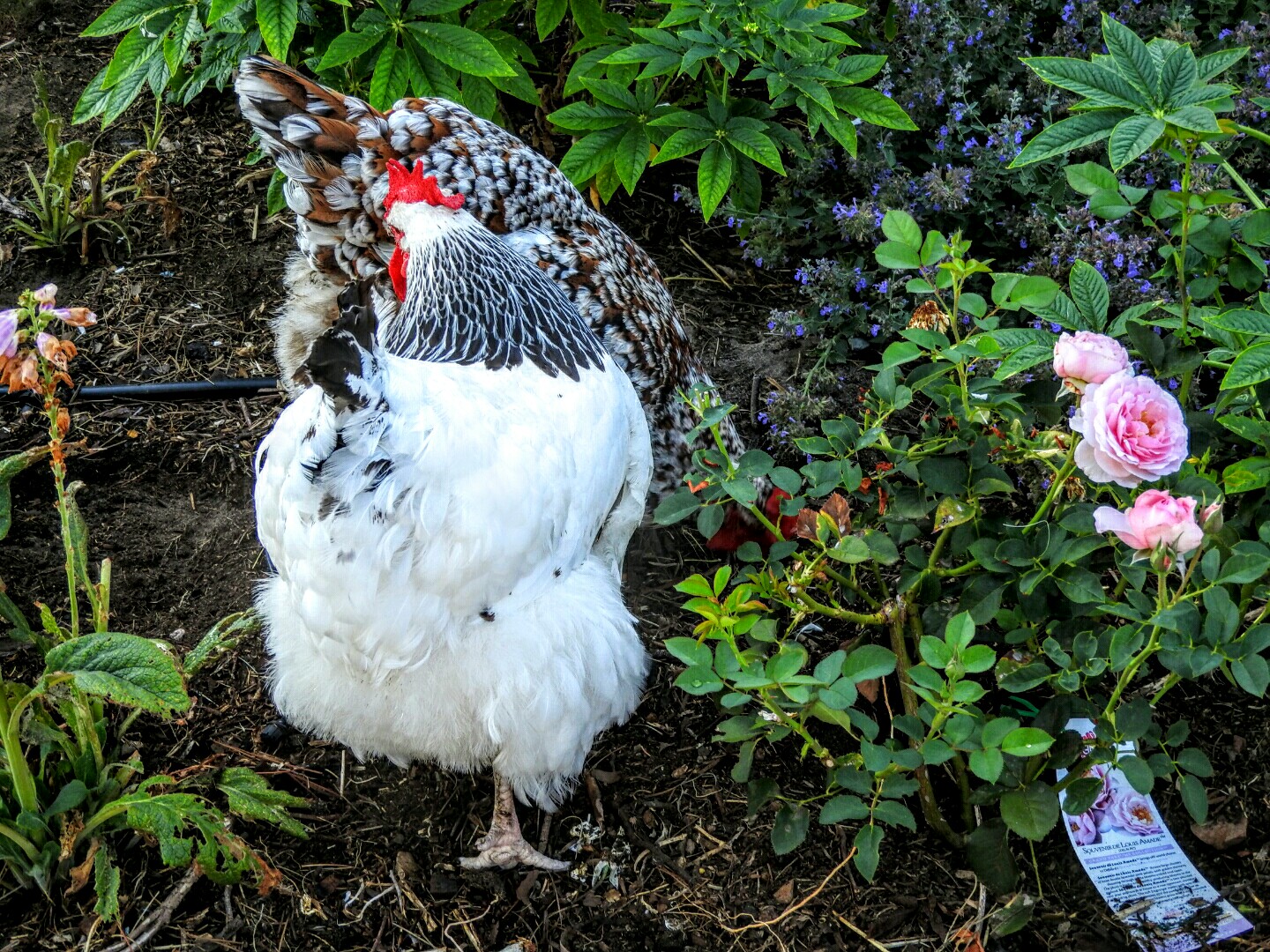 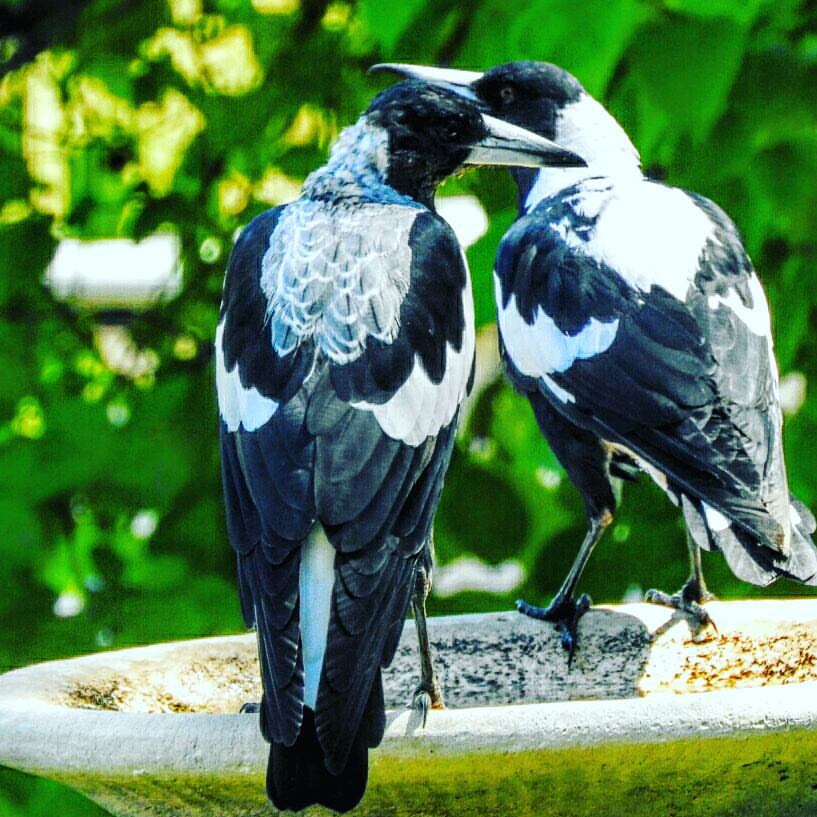 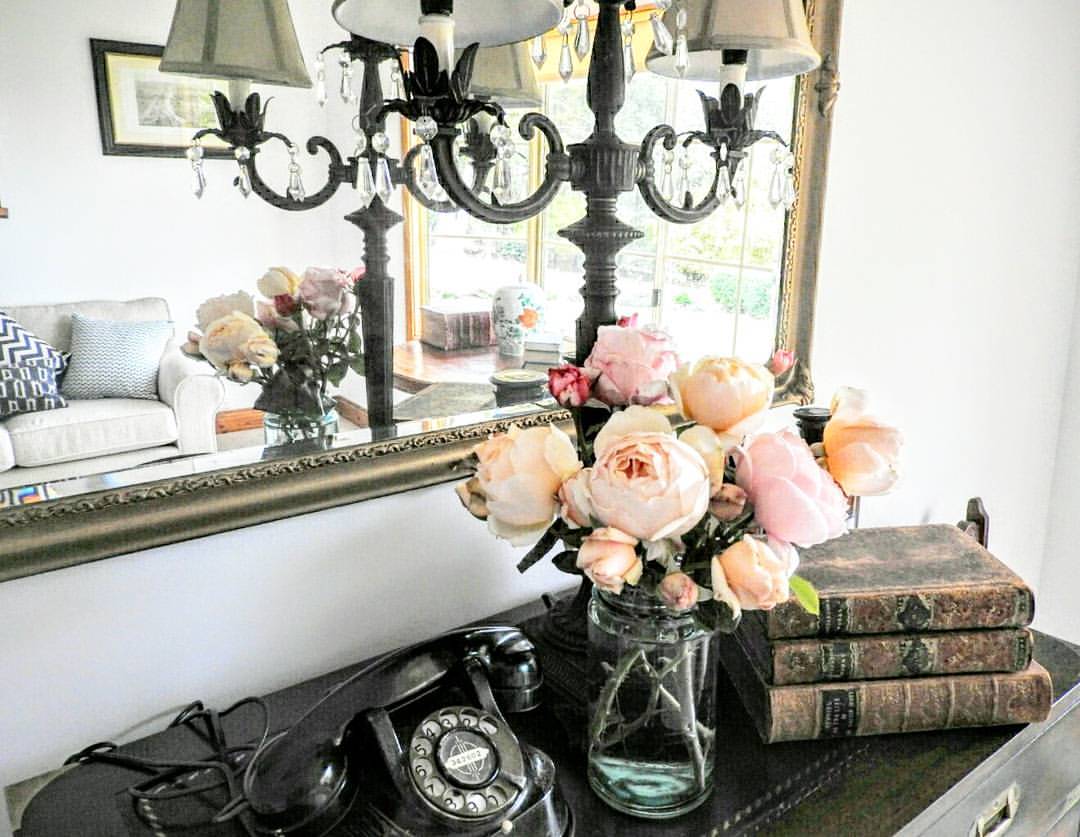 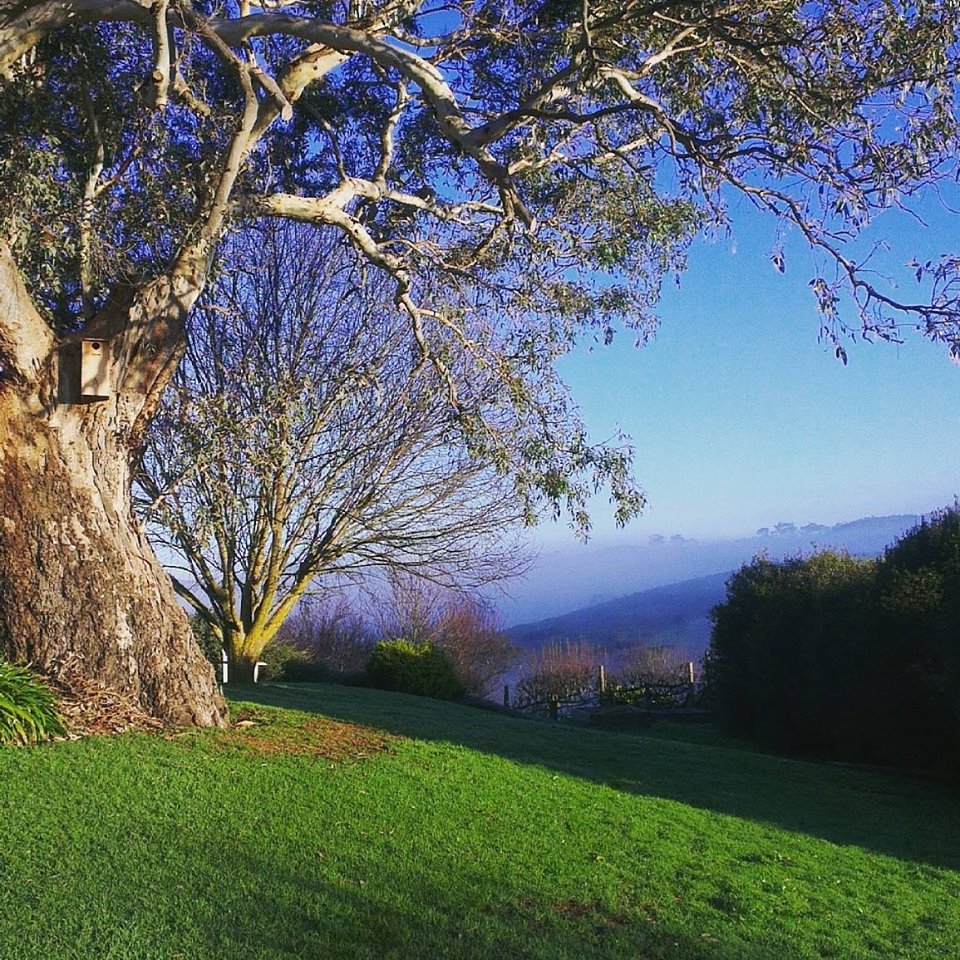